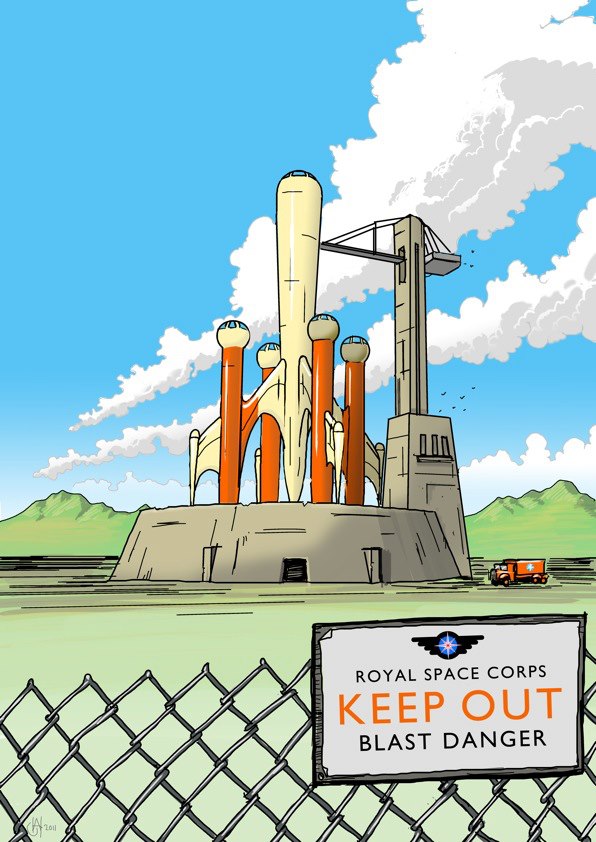 This was an idea for a comic, which I worked on with Mark Clapham (Doctor Who and Warhammer Black Library Novelist).

Due to the intensive nature of comic creation other work got in the way, but I still have a real soft spot for this image.

The comic was to follow the adventures of British astronaut Squad Commander Rocket from a Dan Dare like incarnation through to the “space truckers” of films like Alien in the 70s and 80s. His style and life changes as he grows through different sci-fi eras.

The tone changes from the optimism of the atomic and space ages through to later cynicism.

Perhaps it may be resurrected one day as I think the idea is very strong. (sighs).