Well what an eventful time it has been!

A few weeks ago I panicked a bit.  The realization had dawned on me, that if I didn’t start to make a good living from my art very soon, I would have to find a job (eek). now I know that might sound a bit spoiled, but I put in long days (and nights) on my work, and I reaaaally want it to come together.

After getting a lot of nice feedback on social media for the Dwarven Stronghold picture, I decided I had nothing to lose by putting it on Kickstarter to sell prints. Well the response has knocked me over! The project was 378% funded and all the stretch-goals were unlocked, giving backers an extra, new print and 10 postcards.

The success of the campaign has opened up whole new avenues for my art, and led to commissions!

If you backed or shared this project, I want to thank you very very much indeed!

If you missed out, you can still get your hands on a poster or print by ordering a late pledge here.

Late pledges will get all the stretch goals if ordered before the end of July.

The original Dwarven Stronghold Drawing (A1)

The new Stretch-Goal Drawing: The Annex 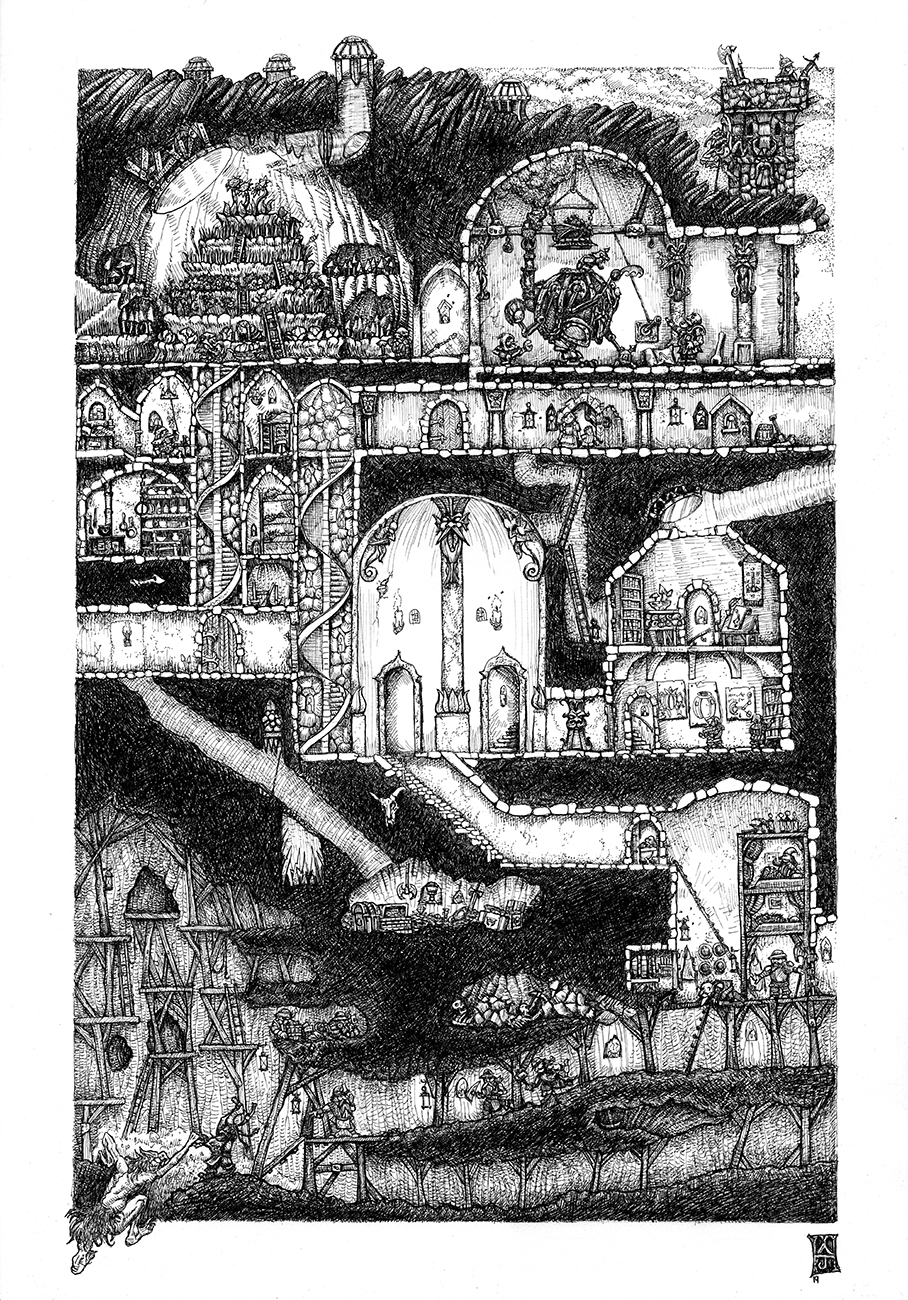 Here are five of the ten stretch goal postcards, the five not shown here will feature sketchbook work. 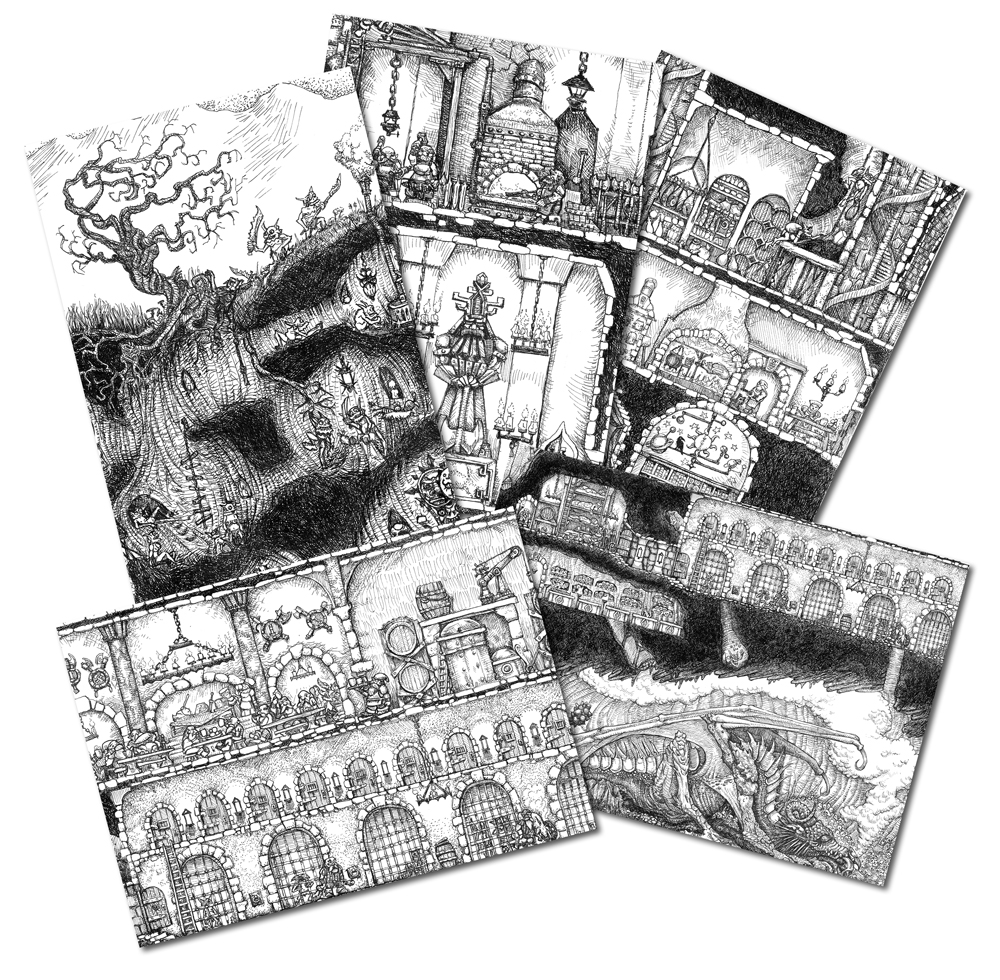